HOME » About Us » Leadership Team » Board of Directors 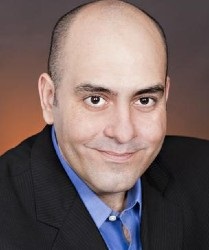 Chris Garabedian is a Senior Advisor at the Boston Consulting Group. Previously, Chris served as the President and Chief Executive Officer of Sarepta Therapeutics from January 2011-March 2015 and as a member of Sarepta's board of directors from June 2010-March 2015.  He is currently involved in the formation and co-founding of several early-stage biopharma companies.
Chris served as Vice President of Corporate Strategy for Celgene from 2007 to December 2010 where he was responsible for strategic planning, M&A, portfolio review and other strategic initiatives.  Prior to Celgene, Chris worked at Gilead Sciences, Inc., from 1997 to 2005 where he served in a number of global leadership roles, including as Vice President of Corporate Development, Vice President of Marketing, and Vice President of Medical Affairs. While at Gilead Sciences, Chris's responsibilities ranged from managing corporate development initiatives, including portfolio review and strategic planning, M&A/business development, and leading four global product launches. Chris also held various commercial development positions at COR Therapeutics, Inc. from 1998 to 1999 and at Abbott Laboratories from 1994 to 1997.  He started his biopharmaceutical career as a consultant with Migliara/Kaplan Associates from 1991 to 1994.
Chris is a frequent speaker across a variety of topics at industry conferences.  He also serves as a Senior Advisor to the Boston Consulting Group, as a member of the MassBio Board of Directors, as a member of faculty of the GLG Institute, and as a member of the Board of Advisors for the Keck Graduate Institute.

Venkat brings with a very rich and global experience of more than 25 years, successfully leading organizations in the biotech and cosmeceutics businesses. He held top management roles in biotech and pharmaceutical companies like Shantha Biotechnics (A Sanofi Company) and Aurobindo Pharma, roles in which he immensely contributed to the companies' all-round growth. He was instrumental in creating market focus and orchestrating vaccine portfolio strategy in Shantha Biotech, a biosimilar and vaccine company, which was eventually acquired by Sanofi for $800 million. He has been a part of significant revenue growth and value creation in Aurobindo Pharma in the global business segment of APIs and finished dosage form products in multiple therapy areas.

He has held CEO and President roles in Emami and Cavinkare, cosmeceutical and consumer product companies in India with global operations, creating value and growing them significantly with an all rounded approach. During his time at Emami (a publicly listed company) as CEO, the company's market cap increased from $ 300 million to $ 1.2 billion. During the early part of his career, he created some very successful cosmeceutical brands in Cavinkare, and built the organization with a 10x revenue increase in 6 years’ time.

He comes with core strengths in Strategy, Innovation, Technology, Commercialization, Organization building, Finance, M&A. Venkat has received his B.Tech in Mechanical Engineering and an MBA from Indian Institute of Management – Ahmedabad, India.

Dr. Shiladitya Sengupta is an assistant professor of medicine at Harvard Medical School. He is also the Co-Founder of Invictus Oncology, Cerulean Pharmaceuticals and Mitra Biotech. Shiladitya's research focuses on the development of novel nanomedicines for cancer and angiogenesis-based diseases. In 2005, he was recognized as one of the top 35 innovators worldwide by MIT Technology Review magazine. He has also received the Shakuntala Amir Chand Award from the Indian Council for Medical Research.

Shiladitya is an alumnus of the All India Institute of Medical Sciences, and completed his PhD as a Nehru Scholar from Trinity College at Cambridge University and was a Fellow at MIT before joining Harvard. He has published over 35 papers, including in Nature and Proceedings of the National Academy of Sciences.

Kumar Shiralagi has a 10-plus year track record of managing high-performing investments and exits. He is a managing director at Kalaari Capital, where he serves on ten company boards and has been involved with more than 25 companies - advising investments, serving on boards, and managing exits. From 2003 to 2007, he was Country Director of Intel Capital India. He is a Senior Member of IEEE and a Charter Member of TiE. He has published more than 60 technical papers, holds 23 U.S. patents, and co-founded Lytek Corporation, a semiconductor laser manufacturer.

Kumar graduated with an engineering degree from NIT Karnataka and a PhD in electrical engineering from Arizona State University. He also holds an MBA from the Thunderbird School of Global Management.

Krishna K. Gupta is the founder and managing partner of Romulus Capital, which he founded more than a decade ago while at MIT. He focuses on "building rather than betting on" technology and science-based companies. He particularly enjoys partnering with companies (mostly B2B) that have innovative technology or science at the core of their value propositions; as such, he sits on the boards of companies that have spun out of MIT, Harvard, Stanford, and Cambridge. Prior to Romulus, Krishna spent time at McKinsey & Company and JPMorgan.

Krishna received SB degrees in Materials Science and Engineering and Management Science from the Massachusetts Institute of Technology (MIT). He is a graduate of Phillips Academy Andover. To learn more about Krishna, visit his profile here

Alan Rosling founded Griffin Growth Partners, a consulting business focused on assisting international companies with Asian strategy. He has advised a large number of international clients on growth strategies for the region as well as Indian companies on internationalization. Alan also is co-founder and a Director of Kiran Energy, one of India’s leading independent solar power producers.

He is a Non-Executive Director of Coats Plc and LNGaz, a Canadian small-scale LNG company which he co-founded. LNGaz has entered a Joint Venture with Stolt-Nielsen to develop an LNG facility in Quebec. He is also Senior Advisor to Navam Capital, an early stage technology venture fund.

Alan was an Executive Director of Tata Sons Limited for five years from 2004 and was the Director responsible for internationalising the Tata Group. From 1998 to 2003 he was Chairman of the Jardine Matheson Group in India. His earlier career included the Policy Unit at No.10 Downing Street; Strategy Director at United Distillers, CEO of a division of Courtaulds Textiles and S.G. Warburg.

Alan was educated at Cambridge University and the Harvard Business School.

Mohanjit Jolly is a Partner at the Iron Pillar (https://ironpillarfund.com/). Enthusiastic about coaching ventures to scale, his mantra has helped him forge enduring relationships (and build bridges) across the U.S. and India. His 23 years of investing and operating experience are highlighted by an abiding passion for technology. Before joining Iron Pillar, Mohanjit served as a Partner at Draper Fisher Jurvetson for 9 years, establishing their India operations, overseeing the India venture portfolio and coordinating business development efforts with Fortune 500 companies. Prior to this, he was a Partner at Garage Technology Ventures, a Silicon Valley seed stage VC firm. His early years in California and Boston saw him help launch ViaSpace, a technology incubator in conjunction with Caltech and JPL and help launch a JV between Mattel and Intel. He also worked at Itek Optical Systems, a manufacturer of high-resolution reconnaissance systems.

Mohanjit earned his B.S. and M.S. in Aeronautics and Astronautics from MIT and MBA from UCLA's Anderson School.